Sitting along the Long Island Sound, the quiet community of Greenwich is an affluent town in ‪‎Fairfield‬ County, Connecticut. As of the 2012 census done by the Census Bureau, the town had a population of 62,256. Composed of seven small hamlets (including ‪Bryam‬, ‪Cos Cob‬, ‪‎Glenville‬, ‪‎Old Greenwich‬, ‪‎Pemberwick‬, ‪‎Riverside‬ and Greenwich), the ‪‎historic‬ homes and beautifully manicured gardens of Greenwich have made it a popular ‪film‬ location for movies about small town America. Greenwich is the southernmost and westernmost municipality in Connecticut and is 38+ minutes by train from ‪‎Grand Central Terminal‬ in ‪Manhattan‬. Over the years, many magazines have ranked Greenwich 1st on its list of the 100 Best Places to Live in the United States. The town is named after Greenwich, a borough of ‪London‬ in the United Kingdom.

If you are interested in ‪buying‬, ‪‎selling‬ or ‪‎renting‬ in Greenwich, let me put my real estate experience to work for you. My business philosophy is to focus on your satisfaction. My business is about service and I am not happy until you are happy. If you are a ‪preparing‬ to sell, I will assist you in the prep stage and help you position your home to maximize your investment in the shortest amount of time. If you are a buyer, I will share in-depth knowledge of the area, recent ‪sales‬ comparisons, market data, and strong negotiating skills. If you are a renter, I will find you a home that will best suit your needs and budget. 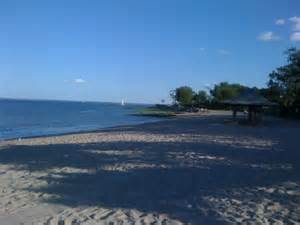 Like Loading...
At first glance, you might be thinking “bomb shelter”… but it’s really more like the bomb. I’m not exactly sure how this would affect resale value, but ya know what — I don’t care. It’s the slickest upgrade I’ve seen in a home in a long while. And I’m jealous!

From this angle is just looks weird and out of place.

Ah, it’s a hatch door to a room below. What’s down there?

The most incredible wine cellar you’ve ever seen. That’s what!

Pro tip: Don’t attempt descending down these stairs after a few glasses of wine.

From this angle is just looks weird and out of place.

And it’s definitely a conversation starter.

What’s a dream home without a wine cellar like this?!

You can choose to keep your wine cellar hidden, like this…

Or you can make it the focal point of the room.

Even if you don’t drink wine, the cellar could be used for extra storage space.

These cellars can cost upwards of $40,000. They may not fit your budget, but if you can afford it… why not?!